Today, networking is not just about fast access and following the latest IEEE network speed standards, it is also about the way networks are designed, planned, and set up. The limitations of classical approaches that are often bandwidth hungry and incapable to handle the ever-increasing number of devices/clients, and the mounting security threats, has lead to a networking paradigm that never stops evolving.

With the adoption of WAVE 2 Wi-Fi, enterprises today truly realize the power of Gigabit wireless network. This is helping them build an IT infrastructure that is conducive with the growing number of WAVE 2-enabled devices, BYOD trend, IoE, and wireless office. Also, it is widely accepted fact that the ongoing year is all about Software-Defined Networking (SDN). Truly so, SDN has simplified the enterprise networking landscape by enabling the implementation and monitoring of complex network configurations with just a few clicks. Gartner, for instance, predicts that 30 percent of enterprises will deploy SD-WAN technologies by 2019.

In this edition we are glad to feature companies like consistec, Keysight Technologies and ProjectBinder that are at the forefront of offering groundbreaking Networking solutions. 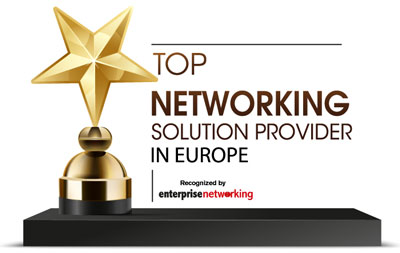 Our subscribers nominate the companies with whom they have collaborated and gotten results. If you think there is a company that deserves to be on our upcoming prestigious annual list of Top 10 Enterprise Networking Solution Companies in Europe , please write to us about them and the reasons you think they need to be on the list

Your nomination request for upcoming annual list of "Top 10 Enterprise Networking Solution Companies in Europe " has been Successfully Sent . We will be in touch with you shortly.